We Are Not Idiots

Ancient Greece, as per me, is second most fascinating classic civilization. The first is, obviously, Roman civilization I can go on and on about Romans, but some other day. Greece in 500 BC had a democratic government. That basically excluded citizenship to slaves and women and the democracy was basically by the able-aged free men of the population. Still, that was the ancient democracy. The land of great thinkers such as Socrates, Plato, Aristotle, etc. Greeks, back then, talked and debated about the social set up and how should their government run. How to vote... Who can vote and so on.  Being a part of this discussion in politics was an honorable thing. 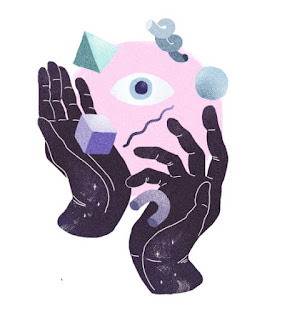 On the other hand, people who didn't take interest in and contributed to the politics of the land were called Idiots. Idiots didn't have the same meaning as it does in our times. An idiot was someone who was not a part of political democracy. The root of the word originated from the Latin word 'Idios': meaning the self. A private person who didn't get involved in politics was considered to be the default state of being. Opposite of which was basically a citizen. In Athens, the Citizenship was granted by education and involvement, not by birth. Idiots had a lower social status in Athens. However, the current definition of 'Idiot' is a foolish or ignorant person. If you think about the evolution of the word, 'Idiot' it makes sense. 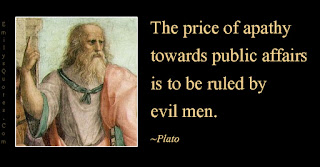 We, the population of the contemporary world, are not 'Idiots' in the ancient sense of the word. In fact, this is the era of political activism. We live in the age of the internet with so much information at our disposal. We get flooded with feeds on our social media. However, those feeds are selectively shown to us by the algorithms of the social media sites. What we get in our feeds depends on our search history and our 'reactions' to the feeds that we come across. This kind of selective partakes lands us in a filter bubble. Due to the iteration of the algorithm, the posts that we receive goes on shifting towards extremes in the spectrum of opinions. Thus, firing up the social and political divide even further.

The result is highly polarized parties. Partially, because of total inability to a casual access to opposing viewpoint. The end is, well, pretty much what we have on political commentary on the internet. Divide, names calling and troll attacks. What I do to not be a part of this Filter bubble is deliberately expose myself to voices from both sides. Listen to what they have to say and form my opinion based on information I receive by my own judgment.

I have my opinion on the political state of the world and I reckon, you have yours. We both come to our conclusions and opinions based on our experiences and lifestyle. I am a classic liberal, and I stress the word classic because I don't agree with some of what contemporary left has to offer.  The range of issues in the political sphere is very large and it is unlikely to fit in two columns. namely right and left. 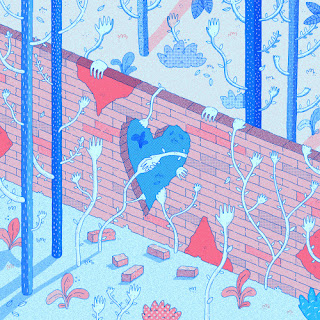 Furthermore, in present times the divide is pretty much between two options only. The people of one side are expected to be in line with their side on almost all the issues. This is not practical. The effect of this is bitterness amongst people. Yes, It is as ridiculous as it sounds. This election term, be it in India or US people are actually fighting over political opinions. Friendships are turned sour based on whom you support.

People locked up in their own media bubble, accusing each other of being evil, racist, deluded or even lacking basic intelligence. As my habit of skimming through both sides, I found that each side is dumbing down what other party presents to the discussion. Maybe it is the time we all just give each other a chance to have a different opinion and try to understand each other's viewpoint. Have a civil debate, if you must, or agree to disagree on the grounds that they have all the rights to have their opinions. We can't agree on all the issues and humanity as a whole will never agree on all issues monotonously. If there would be a uniform agreement that would be a very boring world! 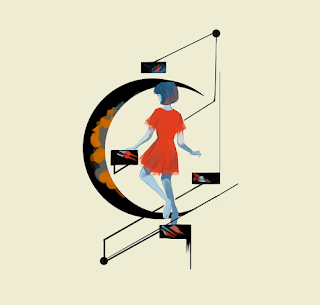 On the note of disagreement, currently, in India, a wave of cow vigilantes are bursting in and killing people for possessing "Holy" cow. Such crimes are very much based on religious agenda of Modi's Hindu right-winged political party. The people being lynched by Hindu mob of fanatics are predominantly Muslims. It is a sad state and the government should address it. However, the government is failing to rightly address the issue. No serious efforts are taken to control and punish the criminals. It should be government's priority to protect the people.

As an adult, I experienced the political situation of/and after Charlie Hebdo terror attack. I remember going on twitter and seeing people (Famous political figures) condemning the cartoons after the attack. Claiming what else to expect if you publish cartoon portraying Muhammad. It was a shocker to me as for the first time in my life I had seen this level of desensitization. I was politically ignorant about the Dutch cartoon aftermath, at that time. But regardless, It is questionable what inspired people to come to the opinion of equating publishing cartoons to inviting death. Ugh! Are they justifying Islamic terror with published satire? If you hold that opinion, I disagree.

In the present time, we have freedom of speech, at least some of us do. I do in my country or do I? (in the light of last year's sedation episode some legal citation needed). I can speak on a range of topics and it will be lawful as long as I am not inciting violence. However, because of the Charlie Hebdo massacre, I do restrain from criticizing things that fall under certain religious texts. Especially after reading holy books I don't rate or review them on public platforms. Not because I don't have a conclusion on such books, (Believe me, I have a lot to talk about) but because I practice self-censorship. No, NOT out of respect, but ... fear for my own well-being. This fear is absolutely legitimate from what I have experienced so far in a socio-political environment. Here is a little vocab lesson I would like to include (for people to read between the lines (wink-wink)) Phobia is an irrational fear. Let us call a spade a spade.

I am a proponent of free speech, I believe everything should be up to analysis and criticisms. That shouldn't pardon the most sacred subject in this domain. I find it absolutely dishonorable when governments try to curb that freedom. I find it even more dishonest when zealots and extremists have the power to make me check my speech. I think we should be able to have the comfort of mental and legal freedom of speech. If you cannot name Voldemort, how can you expect to have the courage to fight him? Many Ideas and Ideologies are not apt for current societies and need reform. The reform can come from open dialogs...

Do you have freedom of speech in your country? Do you speak your mind on every issue? Let me know in the comment section below


Thanks for visiting my Blog; it’s always good to see you here! Find me on the following: Social Media