My Cognitive Dissonance With Clockwise.

I have the strangest habit of imagining walking in a place I visit often or have had visited in past. It is almost like a thought simulation running in the backdrop of my consciousness. If I am talking to you over the phone Or performing a task that doesn't require much attention,  an unconscious section in my brain is wandering in a physical location. Taking turns on random streets randomly walking in a pre-visited destination. It's like an unconscious simulation going on in this weird section of my brain. I have spotted my mind randomly in very specific locations and destination. Ugh! I frankly don't know what it is, but my mind has a kind of obsession with places. I am not even sure if other people do that!

Perhaps that is why I often find myself studying maps of locations, that I have been to, on Google earth. Just to get a clearer picture of neighborhoods so when I unconsciously stroll around in those streets in my imagination I know where exactly I am. Sometimes I like to zoom out to the map of the city or country and imagine/observe the mental simulation from distance. It is all just fun and games, a smooth distraction for my brain in not-so-engaging times until I zoom it out to a far reach. To an extent when my imagination is hovering over the north pole of Earth and I can picture the Earth spinning anti-clockwise.

I personally find it very uncomfortable, as if something is wrong with the spin. So one time, I was in my mind hovering over our lonely little Earth and was absorbed in this eerie feeling of distorted discomfort over the direction of Earth's spin from the north pole. I wanted to get to the bottom of it Why does it bother me that the earth is spinning anti-clockwise from the given position? I introspected and came to a conclusion.

The way I learned to decipher a map or globe is north is alway the top and that in my mind should be the reference point or standardize the point-of-view. Nevertheless,  I perceive the forward direction of time as clockwise from the standard analog clocks. Thus, When I imagine my standard reference position and don't find it in accordance with the positive direction of time my brain lands me in a dissonance. I may be the only one to find my mind roam around, but I can't be the only one to adopt this line of thinking, namely taking north as top and clockwise as forwarding in the direction of time. Perhaps If we were taught the maps upside down as a standard reference or We had the clocks running anticlockwise I may haven't had found myself in this disharmony.

So, Why are maps north up? Ancient maps were mostly drawn to the standard of the East on top because the Sun rises from the East and that represents a start. The paradigm shift of contemporary standard maps can't be pointed out on the calendar. It seems that this model was gradually adopted as standard. More likely it is as per the standers of right-hand thumb rule this seems to co-ordinate with the rest of the representative standards. The rotation of the Earth is counter-clockwise, so if we curl our right hand's fingers in counterclockwise fashion the direction our thumbs will be pointing shall be taken as the top. So it makes sense...

Hence the discrepancy lies in the way clocks run. Why were the clocks designed in a 'clockwise' direction? Clocks could run perfectly in the anticlockwise direction. Heck! we define the spin direction from a man-made object. It is like the clocks are the forerunner of the standard of spinning. I find it really fascinating! 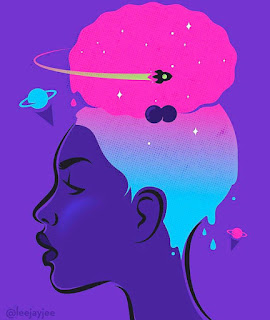 Why do we have clocks running in the clockwise direction? The analog clock models were based on the sundial. Sundial is basically an ancient way of keeping track of the time during the day.  Due to the movement of the earth throughout the day, the sun appears to move from east to west on earth. This apparent moment of Sun changes the position of shadows. The sundials use this property, it consists of a flat plate (A dial) and a gnomon (Part that casts the shadow) As the position of the sun changes the shadow changes. Sundials can be dated back to 3000 years and were independently used in most major civilization. 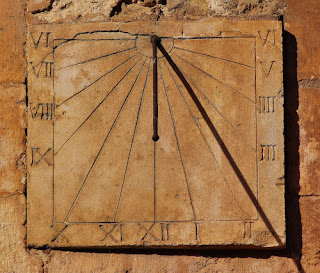 The answer lies in the location where the clocks were designed. Our modern day analog clock was designed in China in 725 AD by Yi Xing, north hemispher. The makers just simply replicated the motion of shadow on the sundial. It was the only rational thing to do from the standpoint of knowledge of that era. That direction became clockwise. Isn't it peculiar that if the clocks were first designed in the southern hemisphere our idea of clockwise and anti-clockwise would have been the absolute opposite! Possibly in some parallel universe, the clock on your wall is ticking in our respective counter-clockwise direction.

In fact, there are some clocks made in Arabic and Hebrew notations that actually run counterclockwise. Simply because the scripts in the Arabic and Hebrew are from right to left, unlike most of the scripts. Despite the natives lands of those two languages are in the northern hemisphere, the clocks are made to accommodate the opposite direction of written scripts.

What is your opinion on the topic if this blog? Do you have any strange quirky habits or some activities in the backdrop of your mind too? Comment down below and let me know.

Email ThisBlogThis!Share to TwitterShare to FacebookShare to Pinterest
Labels: A to Z blogging, A to Z Challenge, Abstracts, Book Nerd, Clocks, Confessions, History, Me, Millennials