I come from a country where homosexuality is criminalized, India. A country that is one of the most homophobic countries in the world. Writing for and in favor of the LGBT community is not a typical thing in my country. Writing this post is stressful, I somewhat realize how difficult it is for many people all over the world, who fight for the right to be who they are. 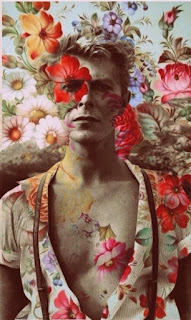 I decided to write this post yesterday while I was brainstorming for a post topic. I came across this video graphic video where two men  are beaten up in Morocco for being homosexual and I immediately knew what I will post about Homosexuality. I was never taught about sexuality and types of sexuality as such. I was taught about the biology of reproduction and my wonderful Bio Teacher from school, did justice by incorporating some sex- ed in between.

Yet, homosexuality was not included. I came to know about existence homosexuality via digital media. I was 12 or 13 at that time and It sounded weird as I was not exposed to this LGBT section of society. I had no idea of what was it about. I sucked up the information from the telly and that was that.

About a year later, a friend of mine referred to someone else as "gay" in a condescending manner. I was taken aback because I couldn't fathom why it was used as an insult. After that, I came across many such derogatory reference and comments that intend to insult someone by calling them "gay". During my early adulthood, the idea of homosexuals was thrown at us in a manner of ridicule by media. It was a funny thing, it was a thing to shame men. It was thrown as an insult to dethrone a man's masculinity. Media portrayed it as something Not-Quite-Masculin, hilariously "sissy". It is a shame that it was so! 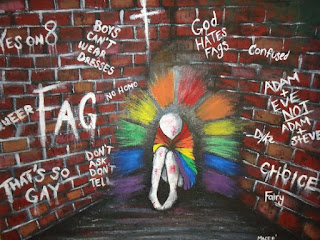 Now that I have grown up and formulated my own opinion I speak quite strongly in favor of LGTB community. The homophobia is still there in the world when most of the developed nations have Marriage Equality, there are still places in the world like my Nation that revoked the Decriminalization of Homosexuality or as they call it "Unnatural sex". What do you expect when we still have legal Marital Rape based on grounds that a man "owns" his wife. Talk about the objectification of women's body, here, she is his property.

What baffles me about this "homophobia" is why the heck do we care what two consenting adults do behind the closed doors? Let me put it in other words, Why do people attribute someone's personality, rights, and worth based on how and with whom they like to have sex. This is insane! Why is everyone so obsessed with someone else's sex life. That is awfully creepy.

I will break down the three common homophobic arguments 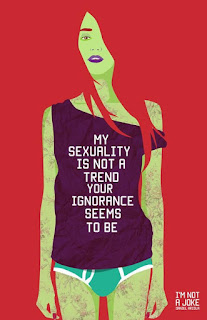 Homosexuality is a matter of choice
No, it is not. There are piles of research papers bundling up to shake this perception, just google it! I mean these arguments are so juvenile that a basic google research would break it down. The cause of homosexuality is often related to biological and/or in-utero (in the womb) environmental factors. The science is not done yet, however, some research suggests it is related to hormonal fluctuation in womb environment. Moreover, if that was a matter of choice, why would people choose a thing in life that is unnecessarily adding struggle in their life. 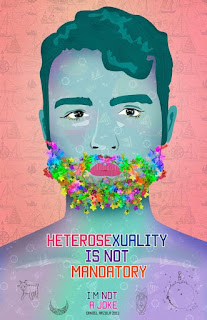 Yet, for the sake of argument say, it was unnatural. Let us assume human are the only animal who exhibit homosexuality, so assume it is "unnatural". So what? So are clothes! Human life or civilization is surrounded with things that are not found in nature. This laptop, I am typing with is "unnatural". My specs, without which I cannot see is "unnatural". The medicines I have taken until today are "unnatural". Homosexuality is natural. However if something is unnatural that do not mean it is bad. 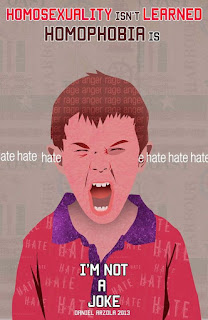 Homosexuality is a psychological disorder.
Well! I have mentioned a list of animals above who practice homosexuality. There are some species of animals where 80% of the population is recorded to be homosexual. It is unlikely that those animals are suffering from a mental disorder. All major medical organization has categorized homosexuality as a type of "sexuality". The person who practices homosexual sex is not affected by the act in a physical or mental way. Moreover, the Diagnostic and Statistical Manual of Mental Disorders (DSM-5), is a manual that categorize psychological disorders in the world of psychology, reject this argument.

Incidents like Mississippi's so-called "Religious Freedom Law" often baffles me. In the wake of that incidents, the most haunting question still remains, why do the homophobic people care about someone else's sexuality? 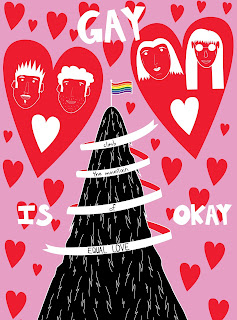 PS A few days back I watched a recent Bollywood movie, (I won't tell which one because spoilers!) that portrayed a positive gay character. I was happy to see the change in perception towards LGBT community. Yet, the woman in the movie was "Maniac Pixie Dream Girl-ed". Bummers!

Note: Pictures are used from "I am not a joke" campaign by Daniel Arzola

Email ThisBlogThis!Share to TwitterShare to FacebookShare to Pinterest
Labels: A to Z blogging, Homophobia, LGBT