One of the most influential ideas I ever came across in my life was to demolish the pre-existing Ideas on the basis of rationality.

One day, about five years ago, I was playing with my Five-year-old and three-year-old cousins with play doe, after all, it is a perfectly adult thing to do. I was shaping them toys shaped Cars, T-Rex, and Witches. My play doe skills are pretty impressive, So I must brag. As we were talking while playing my five-year-old cousin asked me a question. "Who made us?" She asked. "What?" I said to make sure that I caught the question right. She nonchalantly repeated her inquiry. Frankly I was unsure of what I should answer, understanding the delicacy of the question coming from a child. The fraction of second before answering her question, I had a mental argument with myself. If that was a verbal argument it would have lasted about five minutes. However, our brain is pretty fascinating and fast.

Are the ideas of creationism healthy to teach? Science offers a conflicting historical story. I believe in understanding and calculated claims. Say, Quantum physics, we have many missing links in that field, However, the answer or explanation to those "missing links" is Not the "Divine Magic". The unanswered links become a quest and a mystery to be solved and is collectively resolved and iterated. Likewise, I do not think the location of Plant X will be sent across by the creator in a revelation. What impress me about the rational approach, is pushing the boundaries of human understanding. It is not just coming up with fairy tales to fill in the gaps (and adhering them aggressively, because some guy from some random time in history received a direct instruction from the creator).

I strongly believe that all the "Fairy Tales" are specifically unfair to women. Well here for the purpose of simplicity I am assuming only cis-gendered heterosexual people (No offence to LGBT friends of mine I totally know you get the worse of all the worlds and I stand in your support #Equality). Womanhood, related dogmas were something I was unprepared for during early adulthood. Despite being devoted my parents never strictly incorporated the Ideas of women/girls as the property of a male figure ... However, the faith very foxily rubs it on our faces. For instance; If they say, a mensurating teenage girl is impure to enter a building (literary!) in their faith, then I would need a detailed empirical reasoning for the same. Some may say a bleeding woman bleeds out impure blood and it contains toxins, which is not true! obviously! It is the lining of the uterus that comes out of vagina because it has no purpose to serve, as pregnancy was not established. If Period blood does anything it cleans the vaginal cavity and disinfects it. What basis are those convictions standing on, do anyone even care for a reason at all!

Damn! I am starting to get straight on the inferred issue! I had decided I will only "imply" the dreaded issue. Classic diplomat, aren't I? Let's carry on insinuating the argument. Because we all know if I start addressing each and every single issue on the topic this post will be published as Book. Besides, I intend to sleep a little more after finishing and posting it. Science on the issue of "fairy tales" is quite ambiguous, I mentioned in one of my post a thought experiment. In this post, I will point out another one. There is a very interesting new religion in the town called Pastafarianism. I would rather consider that if I must. 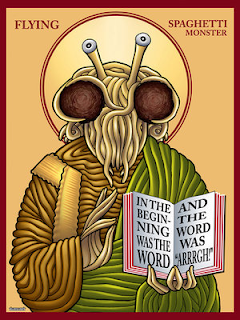 I Identify as an Athiest, a few years back use to call myself Agnostic because I was not sure, I still am not sure about the answer to the bigger questions about the life, universe and everything (42, perhaps). People like past-me Identify as Agnostic because they don't want to hurt anyone's religious sentiments, but the fact is those sentiments are not bolstered by anything at all. The Theists, be it polytheists or monotheists are taught to follow the idea culturally in an Identity specific manner. It is more of a zealous following because let us face it they do not know either! they are doing what they are thought to do. Religion is a hereditary scam with many innocent victims (There, I said it! ). The ideas of divine intervention and exploitation on the basis of same is quite an arrogant thing to do. 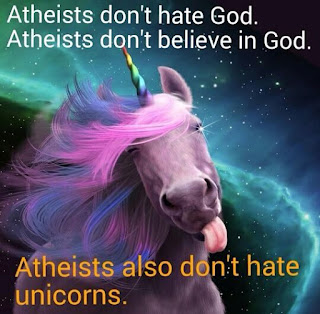 When I was younger, I was explicitly told, "God made you". I was told with a beaming certainty that God was actually some distant relative who haven't visited us in a while, so I do not remember him personally because I was too young to remember being an infant. Since all the adults around said the same thing I believed them. (Won't you believe a thing told by masses?) Besides, we often talked about God. I was even told he was always watching us. Honestly, initially it was a little uncomfortable but since he was always watching I got use to pooping while being watched by God.

When I grew up those same adults who told me that, God had made me, encouraged me to look for logic and reason. Irony oh Irony! So yes I questioned all the dogmas asked for evidence and reason in almost anything. If I did not get enough information from basic sources about the topic in hand, I was lucky enough to be a millennial with access to hell load of information on the internet right at my fingertips. I think it is impossible to be ignorant in an era of the internet unless one is clueless about how to spot a reliable information source. 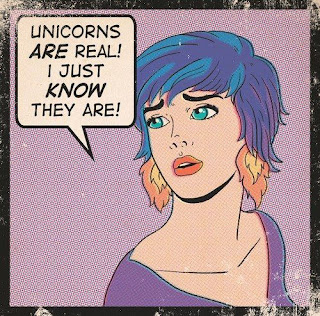 So back to our living room episode, some five years back. No! I wouldn't prefer feeding a young mind with information that I know is not rational. A Generation-Z child is even less inclined to fall for that. I simply told what I knew "We are a product 4.5 billion years of evolution". Well them I was not quite unequipped to break it down in 5-year-old's vocabulary. I was trying to explain in simpler words the meaning of  "Evolution". The child's parents entered the room I got some help from the child's mother as she broke it down [...] "Oh okay!" said the five-year-old.