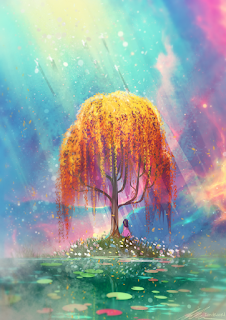 What happens to the consciousness when one dies? Is there any afterlife? What even is an afterlife, life-after-death? But, isn't death end of life? How can the end be just a passage to the afterlife? What is Death? The act of dying is the total and permanent cessation of all the vital functions of an organism. But, what about our mind what about our consciousness? The consciousness, it seems to be so much secluded from the perception of body but, It is, after all, some synapses in our brain. Why do we think of it to be something intangible? With such certainty that expects it to be intact even when our body is dead. 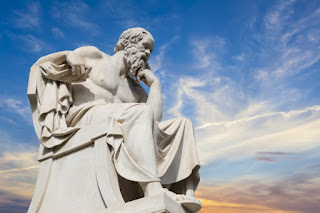 Is death to be fear? Socrates, the famous Greek philosopher claimed that death is nothing to fear about. He said death is either a dreamless sleep or a passage to the afterlife. If it is a dreamless sleep then there is no consciousness to register that we are gone. No emotions or thoughts to cloud us about the worries of being. On the other hand, if it is a passage to another world, then why worry about it. We as a being will eventually triumph over death in the other world. Likewise, most of the philosophers say that death shouldn’t concern us as we will not be there.

“Why should I fear death?
If I am, then death is not.
If Death is, then I am not.
Why should I fear that which can only exist when I do not?
Long time men lay oppressed with slavish fear.
Religious tyranny did domineer.
At length the mighty one of Greece
Began to assert the liberty of man.”
― Epicurus

Irrespective of what they say the fear of death is subjective for each one of us. If not our own death, isn’t the death of our loved ones something we all fear? None of us have experienced death first hand, but we have grieved death and that is the closest we have come to it. The death of a loved one is absolutely heart-breaking. We dread the fact that we cannot see them ever again, cannot feel the warmth of their embrace or feel the kindness we felt in their eyes. Often times we mourn the fact they left us without their presence or the pain that they endured during the end of their life, in the cases of slow painful deaths. Sometimes the tragedy of death is the unlikeliness of its arrival. It makes us sad in the end, despite knowing that it is inevitable. 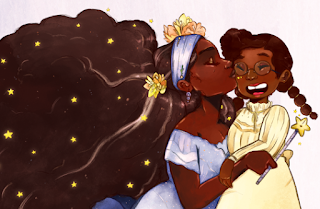 All the same, when it comes to one's own death, I don't think it matters so much except for the anticipation of pain or panic. It is now known that a dying person's brain secrets dopamine in a large amount. So if anything it will likely be pleasurable. An assumption that we will miss out on things is also there.  However, that is not significant if we are not going to be able to register the missing out. Do you feel deeply saddened by not being present in the history? I doubt it.

Food for thought, Immortality. Since we don't know what lies beyond death. Shouldn't we like to hold on to dear life? Why does immortality somehow seem immoral? Maybe we are conditioned to think it is bad in light to religion's attempt to solve the quandary of not being able to live forever … Because living forever is bad and even worse is to want to live forever.

Perhaps it is why when google launched a venture to "Solve death" everyone thought it was uncanny. No one minds fighting diseases, but heaven forbids if you say immortality. You are asking for things we humans don't deserve. So Google’s venture, Calico, phrase it's mission to solving aging and age-related diseases. Ha! A good paraphrasing can oppress the offense taking.

Personally, I would pick immortality over death any day. I mean a lot of times I just shrug off chores by considering 'Ugh! We all are going to die. What is the point in anything?" Imagine if that is not the case! Like Death is a thing of past ... I will be able to get a lot of things done. Here comes a classic self-aware epiphany. Bah! After all, someday the sun will swallow the earth and if we live only here we will die. Those chores can do themselves ... if they please. Unless,  if we somehow find technology to go to new solar systems... Or the galaxy becomes navigable or we humans become quite survivable in most unlikely environmental conditions like a robot. Wait! What? 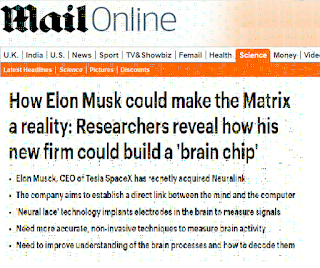 Elon Musk in his new venture, Neuralinks, wants to link human crain to robot. Mearging human consiousnes with machine. Google’s Calico and Musk's Neuralinks are hinting to the same direction. Humanity is evolving into electronic Gods.

Email ThisBlogThis!Share to TwitterShare to FacebookShare to Pinterest
Labels: A to Z blogging, A to Z Challenge, Abstracts, Elon Musk, Philosophy, Technology