The Origin Of The Creator

Language is one of the cornerstones of our human civilization. Animals, other than humans, have the ability to communicate via signals and sounds to alert and acknowledge their fellow beings. That kind of communication is sufficed to the survival of the organism. However, we humans don't merely survive. As we tend to have a more innovative set of skills and abilities.

Language is one of those skills that somehow evolved extensively in early human. The cognitive evolution of human mind gave early humans the ability to make up stories and tell stories. This was an upper-hand and offered them an opportunity to come together as a species. 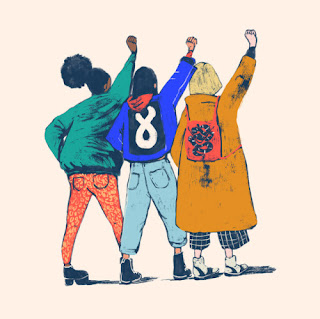 With the ability to exchange ideas and stories came along the stories about the creation and the creator. Language helped in forming stories about the origin of humans such stories helped building the society as we know it today. It can be debatable whether, without religion and creation stories, the course of human history would have been the same. The rise of human and his dominating the planet is a benefit of creation stories.

Human children have relatively longer nurturing requirements. A human child needs years of parental involvement for food and protection. Under such circumstances, Humans are bound to be emotionally and psychologically attached to their parents. Thus the idea of creation centers a parent figure to humans collectively. The grander parental figures serve as a source of comfort and a sense of well-being.

This faith in the higher beings enforced a relation amongst human with the advent of culture and a state of law-ness. It transpired the state of authority over human actions. Thus, brings a state of cooperation amongst beings.  People believed in the same set of gods had a firm belief that 'someone' is keeping track of their actions and society turned more trusting towards each other.

The gaps in human knowledge were filled by the idea of gods controlling the world. If there was a natural calamity they knew whom to calm and pray to. The communities got bigger and organized; this strengthened the species against predators. It was because of the idea of God that early men organized thousands of individual in a single band. This association was the result of a firm and mutual belief in the same divine story.

This capacity of storytelling and basing the social organization on the same belief worked amazingly. In ancient days the polytheistic religion prevailed. This added the benefit of inclusion of more and more people together by acknowledging each other's Gods. This is a thing Romans were known to be doing. They included the local Gods of the conquered areas into their own Gods.  This accommodation could not work with monotheistic belief.  With the passage of time rise of monotheism replaced the polytheistic with Constantine's conversion to monotheistic Christianity and dilution of paganism. That led to a new era of the God. Today our world is predominantly monotheistic.

The oldest surviving religion, Hinduism, have traversed into a monotheistic origin of various Gods and Goddesses. To me, the ardent survival of it is quite fascinating. The flexibility and ability to reform have been the key to bolstering its own self. Ahem Ahem! * Looking at you the contemporary Hindutva agenda.*

History is evident that, as the time passes the idea of God/Gods are bound to alter. Thinking that it will remain as it is, is a myopic point of view. It will change into something that is more suitable as per the need of time.

Any theories on how the world's religion will be in 2000 years? Assuming, the human race will survive the imminent climate change. Let me know your thought in the comment section below.