The Virtue Of Respect 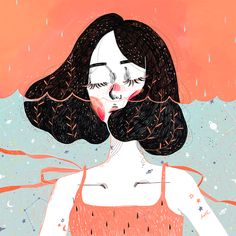 The thing about virtue is that it is not objective. It is a factor of culture and era, per se the year referring to or under consideration. If it was the 1500s the morality would vary from what it is in 2017. Across the globe, the virtues that people believe in changes. However, in the current age of globalism, the virtue of humans is approaching a saturation point. We more or less have the same kind of morals in society, nowadays. It is not quite a lot segregated as people believe it to be, at least for the younger people. The internet age is helping in ideas come together and irate into an optimal moral code. On a second thought, the current polarity the world makes me think, umm maybe not. Maybe we are more divided than ever.

Growing up I was often told to, respect my elders. So I obliged and paid my "due" regard to people who were older than me. As a grown up now, I found myself questioning should respect be granted based on age?  Respect: a feeling of deep admiration for someone or something elicited by their abilities, qualities, or achievements. It is not the same as a courtesy or a good behaviour towards someone. One may say it is the same, but then why should it be limited to elders? Isn't that how we should behave by default? In this post, I am digging into the "Respect your elders" virtue that we teach children. Is it the right approach? Do all the people older than me deserve my respect by default? No! 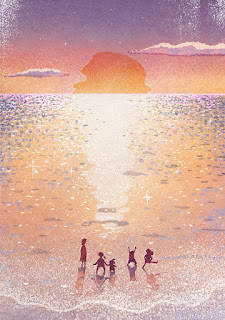 Politeness is a sign of civility. That should be taught to children irrespective of age. I have been "respectful" towards many people who did not deserve my respect. Now, when I look back to such people from the perspective of an adult, I find it obscure to fathom what I was told to do. From my adult judgment, some of those people were plainly grown up bullies to the younger me.  As a matter of fact, I am still in the process of unlearning that my respect is not depending on the fact that someone has spent more years than me on the planet.

This idea of default respect is a breeding ground to tame people into submission. Children should be taught to behave nicely with everyone, irrespective of age. The underlying idea of taming a child to curb the questioning to authority is unhealthy. We should, on the contrary, make them question the authority. Respect/listen/obey the elders are kind of a classical conditioning, which makes docile adults for the authoritative society. Why would we want that for the future generations? It is dormant, even regressive.

Respect has to be earned! It shouldn't be a product of relative ages. Everyone has had one of those mean aunt /uncles, a cantankerous old man in the neighbourhood or bully older cousins/siblings. A child should be made aware of the fact that not every older person is to be respected. They should be taught to retaliate and reject the bad authorities. I don't demand the people younger than me to respect me! That would be insanely obnoxious of me. I rather believe in mutual politeness and earned respect.
Do you respect people based on age or do you believe, respect has to be earned? Let me know in the comment section below.

Email ThisBlogThis!Share to TwitterShare to FacebookShare to Pinterest
Labels: A to Z blogging