One of the most obscurely used terms for a certain emotion is love.This post is dealing with the special sect of love. The romantic Love. The movie screen, grand and cliched love.  Back in the 90s, most of the movies, in Bollywood, had a central theme of love. The story of the movie was essentially bound around this very emotion. As the trend changed the central theme of movies varied as well. Frankly, that really baffled me as a child because all I had known about movies in India, during my few years on earth, was it had to have a love story. Lacking that would feel like something was missing. #HopelessRomantic from the start. 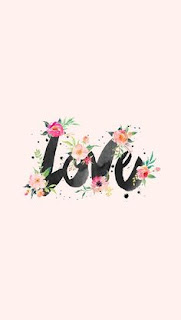 The basic theme of love as the center of a story is somehow a product of Shakespeare's work and popularity. His play the Romeo and Juliet is the epitome of the given standard of romantic love. There were, of course, many older texts based on love, but none were so swelled with the passion of Love. Romeo and Juliet placed romantic love on a pedestal of emotions.
The inception of the idea of love, as such, with a goal of "lived happily ever after" became a part of our society. Marriages were slowly replaced, from the classic economic and social tool to a fulfillment of one's emotional need of a perfectly suitable partner. Love was no longer a reasonable 'dealing' with families involved. Love broke free from the clutches of idealistic orders to a rebellion of following one's heart. 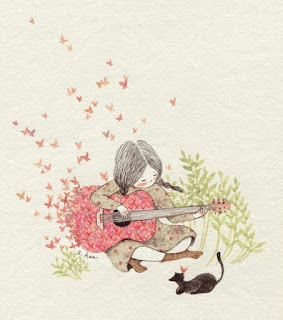 It was the brilliance of Shakespeare to identify the emotional, psychological and social state of people of that time and bringing it all together in a dynamic manner. During the time of Shakespear people were being diagnosed with the psychological sicknesses. He took that tragedy of the human condition and made something quite profound. Something that is an exhibition of his excel in human behavior.
The behavior of a person towards love is innate. However, the culture of the expression of that love has environmental influences. Shakespear made love, The love as we know it nowadays. The emotion we see expressed so passionately shown in movies and books. What was express the contemporary romantic love is what we learn from the society and culture around us. In a way, the means of expression is handed over to us. It is a second-hand emotion. The feeling is intrinsic, but its execution is culture driven.

Here is an idea that I would like to propose, In a way, this romantic love diminished the idea of 'self'. It occurred to me that my regular catching up with my friends often involved questions on my well being followed by inquiries about my relationship status. These casual queries are pretty common for singles. / Cut to: A soft  nudge on the elbow in a wedding with a whisper "You Are Next!"/ Ugh! Spare me the cringe.
It has become a task, a goal to achieve as basic as graduating high school. It also took away the individualistic identity of a human. People start looking for "soulmates" in order to "complete" themselves. As if something vital for their existence is missing. We already are complete and fully functional beings. Romanticism hijacked love and made it a project. Love is no longer just a feeling like other feelings it is a glorified goal.
Our evolutionary and unconscious goal, as a species, is to carry on the life. Regardless of the romanticization that would have gone on. This idea of romantic love addresses our core question of being. Why are we here? The idea of romantic love also helps us cope with it. We justify it, when we are in love, as the prime source of satisfaction and meaning of life. Our existential crisis of the meaning of life is assuaged by it. This belief gives a grand start to a relationship. 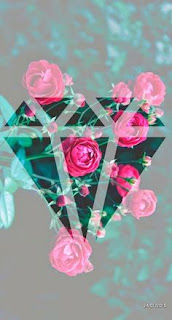 On the contrary, to make a relationship survive one has to put this idea of love in the backseat. Both parties need to work on the relationship constantly to make it work. It often happens that one person becomes the 'taker' and other becomes the 'giver'. Eventually, such dynamics collapse and the relationship falls apart. For love to last and be truly fulfilling it has to be balanced throughout the duration of its course.
We often hear that the essence of love is trust and compromise. Nothing is idealistic, both people in one way or other need to be compliant to make the ends meet. The trust in not only that your partner will not turn into a jerk and cheat on you. The trust that when you put altruistic efforts into the relationship they will make sure you don't lose yourself in those attempts. They will make sure that it is fair to you. With that thought, I will end the blog with a quote from a book I recently read.
"Against all the evidence of his senses,
a man who is in love declares that 'I' and 'you' are one,
and is prepared to behave as if it were a fact.”

~Sigmund Freud, Civilization and Its Discontents


What Is your opinion on love? Let me know in comment section below.

Email ThisBlogThis!Share to TwitterShare to FacebookShare to Pinterest
Labels: A to Z blogging, A to Z Challenge, Philosophy, Psychology